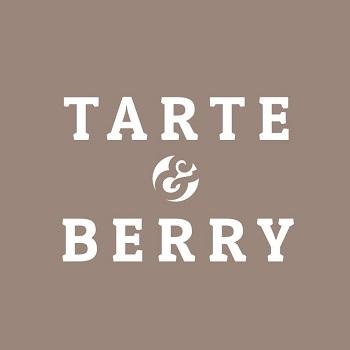 When the company was established

Tarte and Berry specialises in award-winning artisan bakery treats and is the brainchild of sisters Jane and Lucy Batham. They set up the company in September 2014, starting off in York and baking at home. After just over a year of trading the sisters opened their bakery unit at Springfield Commercial Centre this month, allowing them to focus on their growing Leeds customer base.

Tarte and Berry treats are available both online at www.tarteandberry.com and also at food festivals and pop-ups across the UK. Their treats are also available to the trade as they supply a growing number of restaurants, cafes and delis across Yorkshire and nationwide, including Friends of Ham in both Leeds and Ilkley and Fodder in Harrogate. Their bakes have won both a BBC Good Food Show Award and a business award from Dragons’ Den Theo Paphitis!

Brief details of the owners

Jane, the elder sister, is a trained Cordon Bleu pastry chef, having trained at the Gordon Ramsay Tante Marie Culinary Academy in 2011. Lucy’s background is in PR and marketing and together they have combined their skills to create the Tarte and Berry brand.

We were both working in well paid marketing roles before we started Tarte and Berry but we don't have any regrets at all about leaving! Building a cake brand was always something that we had talked about ever since Jane trained as a chef and we love that we have been able to combine our skills and experiences!

What goods are produced

Tarte and Berry specialise in artisan traybake style bakes such as brownies, cake bars, bakewell and flapjacks. Their Salted Caramel Brownies are award-winning! Other products in their range include Berry Crumbles, Cookie Dough Brownies, Chocolate Orange Truffle Brownies and gluten-free items. They also create limited editions to fit with the seasons, such as their Caramelised Apple and Cinnamon Crumbles for Autumn and their Christmas Pudding Brownie for the festive season! The sisters insist only on using quality ingredients in their baking, such as local free range eggs and only pure British butter and sugar.

Tarte and Berry are intending to focus on growing their trade business both within Leeds and nationally. Their new bakery unit at Springfield in Farsley will allow them to significantly increase production and volume. The sisters will also continue to focus on food festivals and pop-ups in 2016 and will look to trade at national food shows, as well as those local to Yorkshire, to continue to build their brand. The next step for the girls is to hire staff to help supply the growing demand for their award-winning brownies!